Book Review: the End of the Harry Potter Series

This is another post in the What I've Been Reading series.

Okay, I came late to the Harry Potter party, and there are a couple of reasons for that. The funny thing is, having finished the series, I still have those original objections. It’s just that (in a reversal of my impression of the Twilight series), the virtues outweigh the flaws. (See my frank admiration for the end of the series posted here.)

Let’s start with the flaws, just to get them out of the way. I read the first three books not long after they came out, and what I observed that made me stop was
1) It was portrayed that part of true friendship was helping your friends cheat. There was at least one character who wasn’t accepted until he’d broken the rules and there was a regular pattern of Hermione proving her friendship by doing Ron and Harry’s work for them.
Eventually, breaking the rules becomes necessary because the powers-that-be prove themselves to be evil and, well, fair enough. But the pattern of cheating-as-virtue is never spoken against, and even though I love the series as a whole, this still bothers me.
2) Using words that mean one thing in the real world as meaning something very different in the fantasy world. Particularly “witches”. Now, bear with me here – remember that I’ve read the whole series and liked it, so I’m not just being reactionary. :)

As someone who’s lived where real witchcraft was going on, I have a real objection to watering down the only English word we have for those activities by having it mean “female person who can do magic in fantasy world” rather than "person who gets real spiritual power by consorting with evil spirits". Yes, we should be able to distinguish between “witch” in fiction and “witch” or “witch doctor” in real life. But the truth is the humans are funny creatures, and fiction can sometimes deaden us to reality. How many people don’t take the idea of a devil seriously anymore because they’ve seen too many pictures of a little red man with horns? So, much as I like this series, I really wish Rowling had used “wizard” for both her male and her female characters, rather than misusing "witch". (And this objection stands in for some of the other things she uses in her stories.)

BUT . . . that said, wow, what an amazing series. Especially as it wound towards its conclusion, this became a story about all the best themes in the world, especially “greater love has no man than this, that he lay down his life for his friends.” (I wrote a bit about that here.)

I’m sorry that I can’t make the positive part of my review as long as the negative part, but how can I top the stories themselves? The long, hard journey that Harry and his friends make at the end reminds me of no less than the journeys of Frodo and Samwise, or Eustace and Jill.

The thing I love most, I think, is how she conveys that truth that when you have no choice for victory but to walk willingly into doom, you still have a choice. If you have things you have to do, you still can choose to do them. There is a difference between being dragged kicking and screaming, and bowing your head and deciding to walk willingly forward as the necessary sacrifice. She did this so well. I am all admiration, and look forward very much to reading this series again.

p.s. I also have to add: how much fun were these books? Such colorful characters, such intricate plotting, such interesting creatures and tricks and classes and settings! Just plain fun.
Posted by Jessica Snell at 9:44 PM

I completely agree with your analysis. I have read the whole series twice and...I am basically obsessed. My husband and I even named our shaggy black dog Sirius. :)

There are some flaws with the series for sure, but I agree that the virtues outweigh them. I read and enjoyed your critique of Twilight -- but I'm not sure if I want to give up the hours of my life it would take to read them, if I'm fairly certain they're trash.

That's a great name for a dog - with or without his Potterly namesake!

I'm responding to this very late, but I was referring a friend to your review.

How do you feel about both Gandalf and Sauroman being called wizards? Does this not pose the same problem that the term witch does? 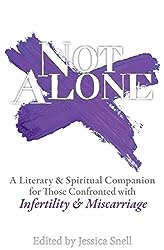